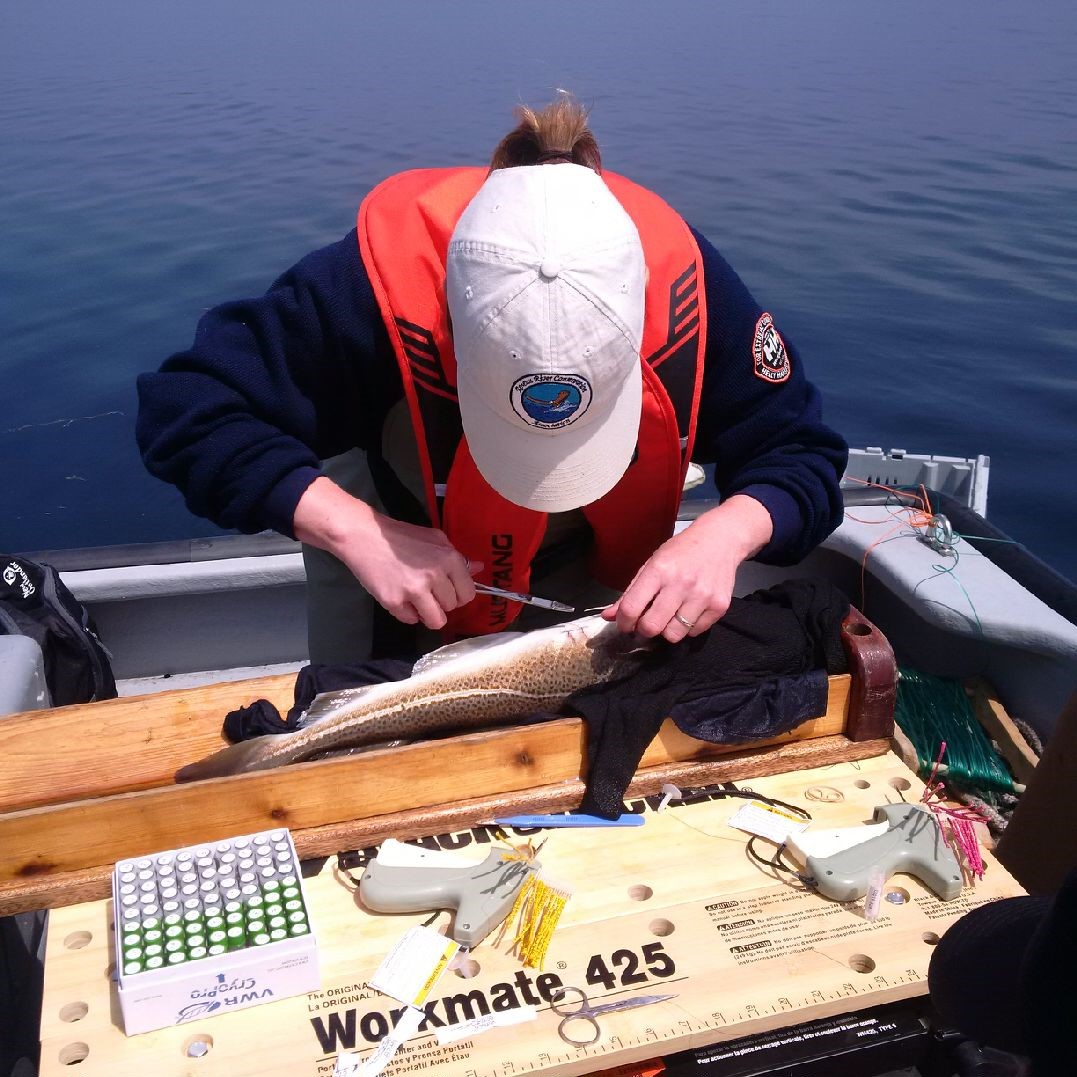 A central feature of the Northern Cod FIP is a $8.5 million fish tracking project.   Acoustic tags have been placed on hundreds of codfish that undergo significant annual migrations, the movement of which are tracked by an array of acoustic receivers that have been deployed in waters up to 200 miles off Eastern Canada.  Data from these underwater receivers is uploaded annually by autonomous ocean gliders, for later analyses by scientists.

The information obtained over the life of this Project contributes to better understanding Northern Cod stock components and their movement along the slope of the continental shelf, as well as their inshore/offshore migration patterns.  “This in turn will enable more effective stock assessment modeling and management measures to control fishing mortality,” said Bruce Chapman, President of the Atlantic Groundfish Council (AGC) and FIP Co-Chair along with Derek Butler, Executive Director of the Association of Seafood Producers (ASP).

This Project has been designed and implemented in a cooperative effort involving industry, government scientists, academia, the Ocean Tracking Network, and the Ocean Frontier Institute.

The group also discussed the current stall in the recovery trajectory of the Northern Cod.  Scientists affirm that the stall is due to natural mortality.  Notwithstanding a biomass at about 450,000t, industry representatives re-affirmed their support to maintain a minimal harvest rate of only 2-3% in order to promote rebuilding once natural conditions for codfish improve.